CORB LUND: Back to the Barrooms 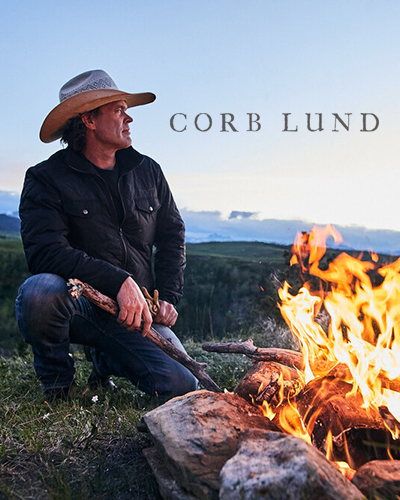 Corb Lund has received multiple CCMA, Juno, and international award nominations and wins. A rural Albertan hailing from the foothills of the Rocky Mountains with a long family lineage of ranchers and rodeo people, Lund is about as authentic as they come.

Embracing both his Western heritage and his indie rock past through his music, Lund has been known to filter a range of cowboy themes past and present through his unique lens - from rough-and-tumble tales of lawless frontier saloons to the somber realities of running a modern family ranch.

Lund released his highly anticipated album Agricultural Tragic via Warner Music Canada on June 26th, 2020, his first album of original songs in five years, to much acclaim; the album debut inside the top 5 in both the US and Canada. It was named #7 on the No Depression Readersâ â50 Favorite Roots Music Albums of 2020â with the publication saying, "Eloquent and plainspoken, the excellent Agricultural Tragic finds the affable country rocker exploring his roots as a rancher and rodeo rider while striving to adapt this traditional identity to the challenging modern world... Corb Lund radiates authenticity from first note to last." The Associated Press said, "The result is a distinctive sound â call it Country & Northwestern â that romances the region from which Lund hails,â American Songwriter stated, âThe songs on Agricultural Tragic sparkle with a kind of authenticity that only someone who lives that life can projectâ while Saving Country Music said it was â...some of the most compelling country and western music you can find.â

Most recently, Lund has been actively leading protests against the Alberta provincial government's plan to allow open-pit coal mining on the eastern slopes of the Rocky Mountains. This fall, Lund re-released âThis is My Prairieâ, featuring some of Albertaâs biggest country artists like Brett Kissel, Paul Brandt, Terri Clark and more, which some are calling an anthem for the fight against coal. More music is imminently on the horizon for 2022.

Tickets are available online at Ticketseller